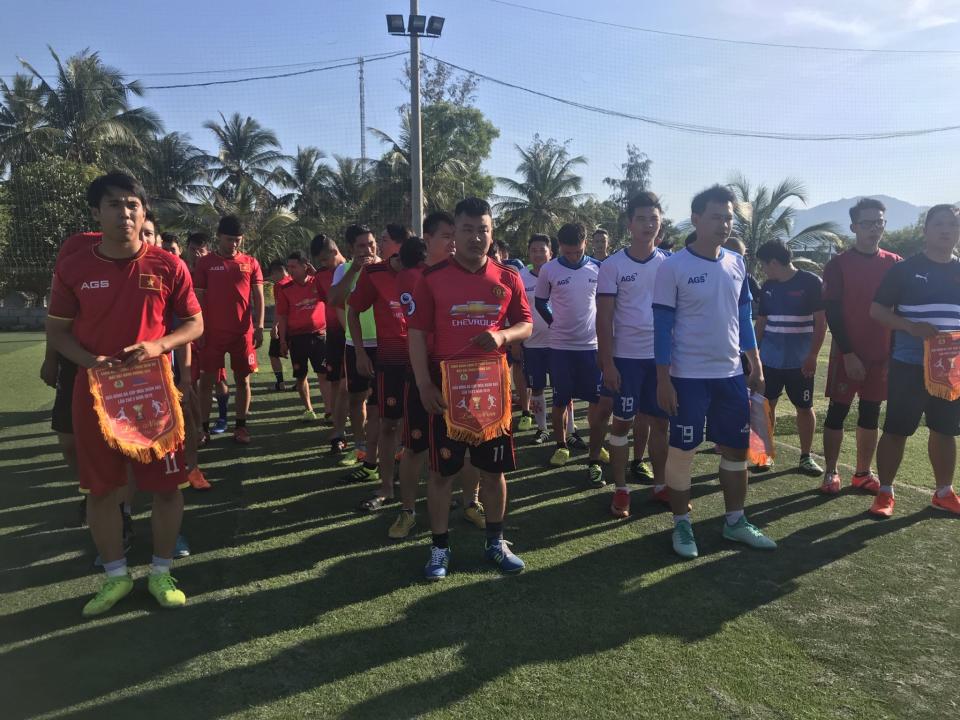 In the afternoon of March 05, 2019 at Quoc Anh Stadium, Aviation Ground Services Company Limited (AGS) and Cam Ranh International Airport Services Joint Stock Company (CIAS) had cooperated to organize the friendly football tournament between 2 companies– “Mini Football League 2019” in celebration of the 88th anniversary of Ho Chi Minh Communist Youth Union (March 26th, 1931 – March 26th, 2019) and in respond to Vietnam’s Youth Month 2019. This is AGS’s annual sporting event, aims to create a healthy playground and promote healthy exercise after hard working days, however, with the participant of CIAS in this 2019-year, this event had brought an opportunity to strengthen exchanges among the staffs and contribute to further tightening AGS-CIAS relations.

This year’s tournament included 04 teams with 05 players in each team. It was divided in 2 groups and competed as knock out competition format to select the best two ones advancing to the final round.

After 02 qualifying matches which took place in very lively atmosphere, players played enthusiastically with the eventful cheers of supporters, the best 02 teams entered to the final were Coalition team and Arrival passenger service team.

The final match of the championship “Mini football league 2019” took place so dramatically. As soon as the whistle bowled of beginning the first half, Arrival passenger service team had made repeated attacks and had many kicks of threatening on opponent's goal, and managed to lead after 5 minutes into the game… After the losing goal, Coalition team showed their quality and composer, quickly reorganize the formation and adjust their playing style, they managed to score an equalizing goal at the 15th-minute-mark of the match.

The second half begun in few minutes, Coalition team continued to predominate and scored 02 consecutive goals into Arrival passenger service team's goal, these spectacular goals had made the atmosphere got hotter, all supporters shouted of encouragement for fighting spirit and constantly called the name of 2 teams making the match more fun and excited. At the last moment of the match, Arrival passenger service team timely scored a consolation goal before the match ended. After 40 minutes, the matched ended with 3-2 score line, which in favor of the Coalition team. 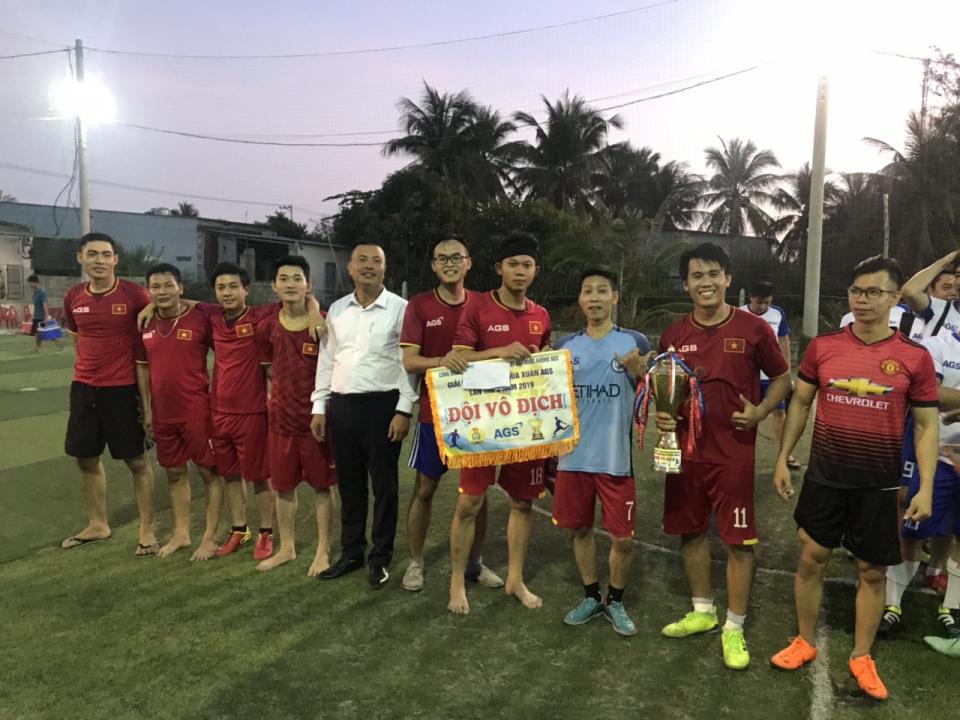 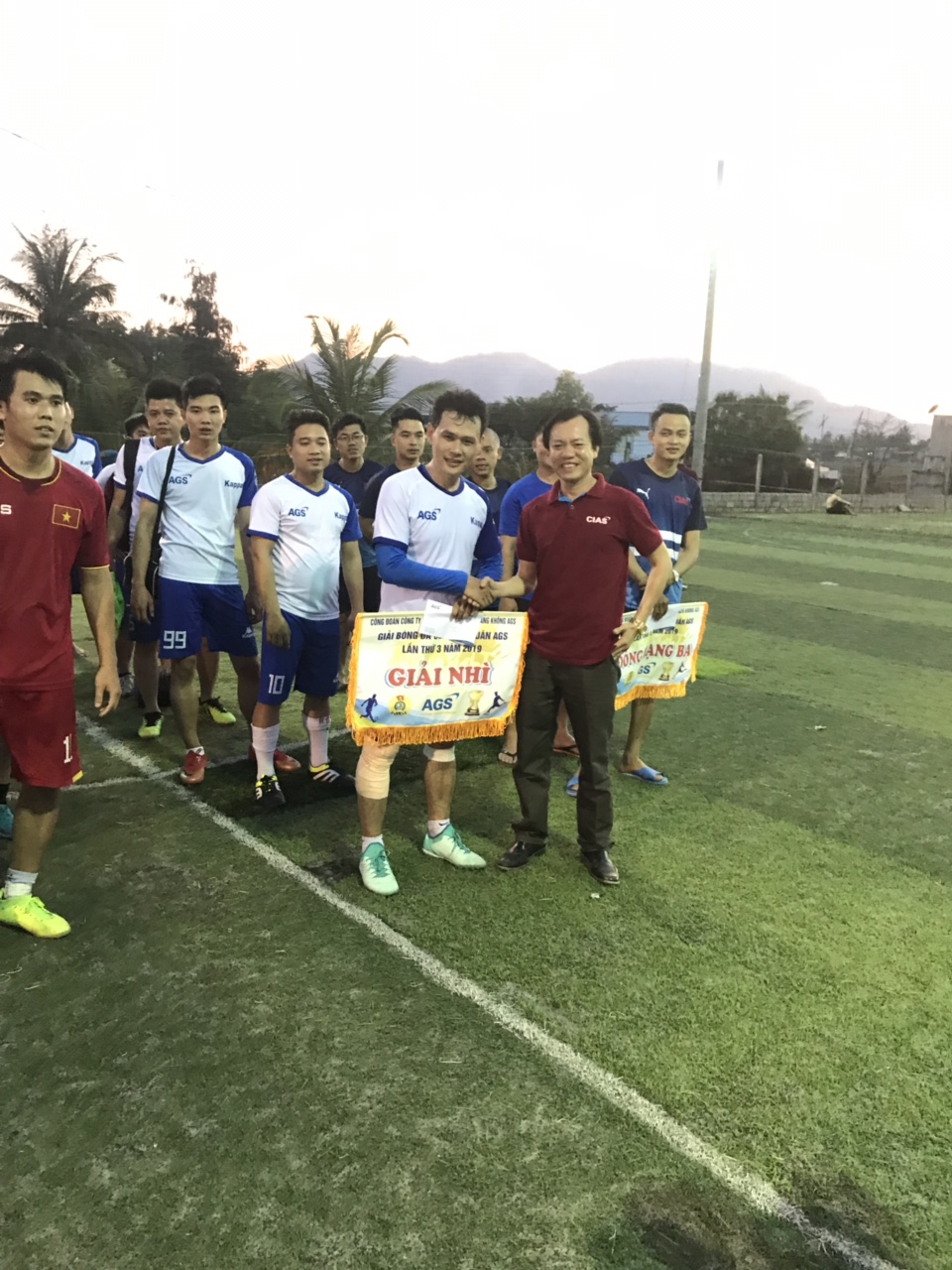